“Bringing Your Community Together to Bring Our Veterans Home”

Our nation has deployed 2.5 million service members since 9/11. These Veterans are returning in huge numbers, many bearing invisible wounds and struggling to reintegrate. Our goal in helping returning Veterans is not to reintegrate them to VA but to the communities from which they came and to which they return. This webinar will discuss practical ways that communities can come together to get Veterans and their families the help they need. Relationship building between faith communities and local community resources is essential to bring these Veterans “all the way home.” 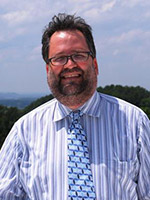 Steve Sullivan, M.Div, Th.M has served as a hospital chaplain for 10 years. Currently, he is a chaplain for the Central Arkansas Veteran Health System. In 2009, Mr. Sullivan became the Clergy Coordinator for a VA pilot project through the South Central Mental Illness Research Education and Clinical Center (MIRECC). Mr. Sullivan now directs this project that seeks to build relationships between the faith community and the mental health community in rural areas in an effort to reach returning Iraq and Afghan war Veterans and their families. His current areas of interest are the study of the effects of war on the soul, the interplay between mental health and spiritual health, and theology in pop culture. Mr. Sullivan's remaining energy is devoted to parenting his 21-year-old daughter, Jenna.