This webinar will provide up-to-date information about the new construct moral injury. Moral injury focuses on important but rarely addressed aspects of military trauma that play a key role in recovery. It is important because the themes and issues that emerge include aspects of care that overlap the disciplines of mental health and chaplaincy. This presentation will highlight changes in the PTSD diagnosis under DSM-5 that are relevant to moral injury. It will also share current research perspectives on morality and moral judgements. The talk will encourage a collaborative care model that can bring to bear the special expertise of both disciplines in helping our nation’s veterans recover and flourish in the face of their warzone experiences. 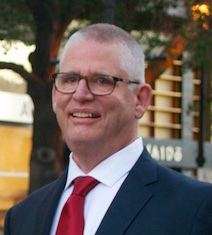 Kent D. Drescher, Ph.D. is a clinical psychologist on staff half-time at the VA National Center for Posttraumatic Stress Disorder (PTSD), Dissemination and Training Division, part of the VA Palo Alto Health Care System. Prior to his doctoral training at Fuller Graduate School of Psychology, Dr. Drescher received an M.Div. degree from San Francisco Theological Seminary, was ordained by the Presbyterian Church USA, and served as a parish minister for several years.

Dr. Drescher’s work at the National Center for PTSD involves education activities with two areas of special interest: 1) Trauma and Spirituality, and 2) Moral Injury among veterans. His current education projects include development of a video and an interactive e-book on moral injury. He has also been involved in a wide variety of training activities in assessment and treatment of PTSD. Dr. Drescher also works half-time as Clinical Director at The Pathway Home (www.thepathwayhome.org), a non-profit, non-governmental residential PTSD treatment program in Yountville, CA. This 35-bed program provides a mix of evidence-based and integrative treatment / recovery approaches for Iraq and Afghanistan Veterans with PTSD, Traumatic Brain Injury (TBI), and other problems preventing successful transition back into civilian life.

Dr. Drescher was a Subject Matter Expert for the Navy and Marine Corps, presenting at the Chaplains 2008, 2009, and 2012 Professional Development Training Courses (PDTC) dealing with Combat Operational Stress Control, and with Pastoral Care related to Sexual Assault, Suicide, and Family Resilience. In 2001-2012 he coordinated development/dissemination of a series of training conferences for VA chaplains on effective pastoral care for veterans returning from Iraq and Afghanistan.