“Practical Guidance for Clergy in Teaching Forgiveness of Others and Oneself”

Clergy must often deal with people from a variety of spiritual and religious perspectives as they wrestle with harms that have been inflicted on them or that they have inflicted on others. REACH Forgiveness has developed an evidence-based practice in psychology supported by over 24 randomized clinical trials worldwide. This is easy to use as a clergy helper and easy to teach to people in counseling and to other providers of psychological resources. Worthington describes forgiveness, the REACH Forgiveness model as applied to forgiving others and oneself, and shows how it can fit with a variety of secular, spiritual, or religious worldviews.

This webinar will provide information about the five-step REACH process (recall-empathize-altruism-committing-holding on) that has been tested with positive results in more than 20 controlled scientific studies. 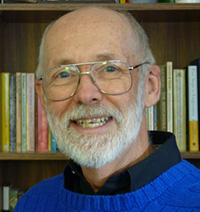 Everett Worthington, Ph.D., is a Commonwealth Professor of Psychology at Virginia Commonwealth University. He is also a licensed Clinical Psychologist in Virginia. He has published over 35 books and about 400 articles and scholarly chapters, mostly on forgiveness, marriage, and family topics and religion and spirituality.

Dr. Worthington was counseling couples when he first became interested in the concept of forgiveness, and he began studying the topic scientifically in 1990. Since then, he has been a leader in the field of forgiveness research. From 1998 to 2005, he directed A Campaign for Forgiveness Research, a nonprofit organization that, during that time, awarded more than $6 million to studies on forgiving. He has also worked to help nurture researchers in other countries.